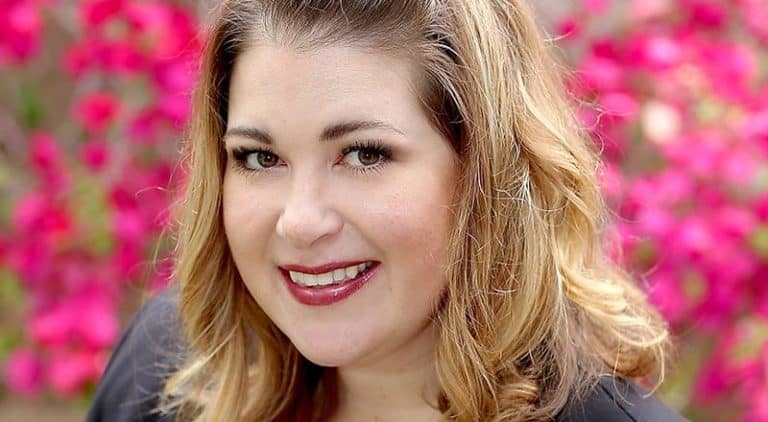 In this video, Monica Buehler – Agency Director of Family Tree Surrogacy Center – will give answers to some of the most common questions asked by women who previously completed their journey as a surrogate.

What is a surrogate?

Okay, so a surrogate is a woman that carries for an infertile couple that’s unable to have children on their own, so she’s the carrier, no genetic link to her. So they use the intended parents’ either eggs and sperm or a donor sperm and egg donor eggs, and she carries a baby to term for them.

Can I be a surrogate if I haven’t had a child?

Unfortunately no, we do need to know your pregnancy history, things like if you had complications in the pregnancy, if you were able to go full term with your pregnancy. So it is one of the main requirements to be a surrogate is to have a healthy pregnancy of your own.

What are the age requirements?

The age requirements are 21 to 38. If you’re over the age of 35 it is preferred that you do have a pregnancy within the last three to five years.

Can a woman who has had a tubal ligation be a surrogate?

Yes, absolutely. So since her eggs are not used, her uterus is just used, that’s not an issue. And it’s frequently an option especially if you’ve already completed your child years, child birthing years, it’s an excellent option for you to be a surrogate.

Is a surrogate genetically related to the baby?

No, not at all. So that’s another reason why most women are very comfortable with being a surrogate, because it’s no genetic link to you. It’s entirely the intended parents or as I mentioned before if they’re using an egg donor, sperm donor. So you’re not giving up a baby for adoption, you’re not using any of your own genetic material.

Do surrogate mothers have the right to keep the child?

No, so this frequently comes up and the same thing is the question also comes up are they stuck with the baby if something happens. So there’s legal documents that are put into place well into the surrogacy that names the parents as the parents, and the surrogate as the surrogate.

So the intended parents are the only … they only have legal rights to leave the hospital with the baby, the surrogate has no legal rights to the baby. So it protects everybody. So you’re not financially responsible for medical bills as a surrogate, the parents can’t change their mind and not take the baby, things like that. So it’s a reassurance for the parents as well as the surrogate.

What if I don’t become pregnant?

So sometimes it can take several attempts to become pregnant, as long as the intended parents and the surrogate agreed to keep trying they’ll keep trying in that same agreement. Typically it’s up to three times. If you don’t become pregnant and for whatever reason everybody’s chose to move on and not move forward with that match, if the surrogate would still like to move forward, there’s an option to be re-matched with a new family and take a break and kind of regroup and start again.

How many embryos will be transferred?

So this is typically up to the surrogate and this is something that we would go over in great detail during the application process of what you’re comfortable is a surrogate carrying, that could be a singleton that could be twins. There is question of triplets, typically that’s not an option, it’s just too much of a risky pregnancy.

And the actual IVF clinic will give recommendations on the amount of embryos that are placed. It’s typically no more than two just because most people agree just to twins. And it’s based on the quality of the embryo as well, and that’s doctor-recommended. If you’re only comfortable carrying a singleton, then only one embryo would be placed.

The surrogate process, what does it look like from start to finish?

So the first step is obviously if you’re interested you would need to start the preliminary application process, make sure you meet the minimum requirements, and then once you’ve met those requirements we’ll start the application process, which is much more detailed. We get to know more about your pregnancy history and do you have any children you have and things like that. And that can be done by a simple online application that’s on our website.

And then our intake manager, Krista, will contact you to set up your interview. And that’s where we go over all the questions that you have, go over the process – start to finish.

So once you’ve been accepted to our program that’s when we will start the matching process. So that’s where profiles are shared with the intended parents, and then we set up a time for you to talk and that could be either in person, that could be done via Skype, telephone calls. So you can meet in person even if it’s virtually.

Are there any costs involved for the surrogate to apply?

How long does the process take from the point of application until being matched with intended parents?

So it’s hard to put an exact timeframe on it. We usually say anywhere from a couple weeks to a couple months. It just depends on how quickly the surrogate is able to finish the process, where we have to obtain medical records, which can take some time. And then it’s just a matter of finding the right match for the surrogate.

We don’t just put couples and surrogates together, we really look through what everybody’s looking for in the match, and really focus on trying to make sure that it’s a good match.

In terms of financial compensation for being a surrogate, is there an indication you can give?

When do surrogates get paid for their contribution?

So the big payment starts once you’re pregnant, so that’s based once you’re … it’s at heartbeat confirmation. But you are given incidentals prior to the pregnancy, so for mileage, there’s a monthly allowance you receive, again any travel is covered, there’s fees for the embryo transfer. So you are compensated up until that pregnancy point, and then your additional payments will start for the pregnancy comp once there’s a heartbeat confirmed.

Will a surrogate meet the intended parents?

Yes, so sometimes we don’t necessarily always have an opportunity for them to meet in person until later in the pregnancy or even closer to the birth. But we always try to set up at least a video call so everyone can see each other.

And it also will depend on the ability of the intended parents’ ability to travel during the pregnancy. So sometimes they’ll want to come for the major ultrasound appointments, obviously they’ll be here for the birth. It really just depends on the situation, but yes we always try to … Even if you don’t meet in person you always have constant communication with them.

What kind of relationship will the surrogate have with the intended parents?

Correct, yes. So this is obviously we can never exactly say how it’s going to be, it’s based on personalities and things like that. But like I mentioned before with the apps, and it’s simple text messaging or sending videos and pictures, everybody obviously wants to be connected. It just depends on is how … personality wise – how that connection forms.

And sometimes it takes a while. Maybe it’s once the pregnancy is to a certain milestone and they can kind of breathe easy, and you’ll see a shift in the relationship. So I usually tell surrogates to keep a very open mind when it comes to relationships, have kind of no expectations, so that when you form that relationship at whatever level, if it becomes a friendship or more family of a friendship, that kind of thing it’s amazing either way.

Once a surrogate signs up with an agency, what kind of support can they expect from the agency?

So most girls truly will say that are with our program that it’s a hundred percent of family, you have support of your surrogate sisters, you have support of us here at the agency, we’re all very experienced, and so no question is silly, no situation can’t be solved as long as we work it out together.

Do surrogates have to travel long distances?

So it depends on the situation, or excuse me, with the match. When the surrogate is presented with a profile of an intended parent, they are informed of where the IVF clinic would be.

And that could be a very short time that there could be travel. So let’s say if the IVF clinic is in Los Angeles or in San Diego, there would be a short time where she would have to travel several times to that clinic in Los Angeles. Again, she’s reimbursed for travel. If hotel accommodations are needed or flights that’s taken care of as well.

Once the surrogate is pregnant and released from the IVF clinic, she will see an OBGYN in her local area and delivered locally. So if there is travel, it’s a very short window.

After the birth, what is the surrogate responsible for?

So basically after birth then she has … It’s her time to recover, kind of regroup, get back to her normal day-to-day life and enjoy not being pregnant anymore. And typically medical bills will come in. And so it’s her responsibility to send those medical bills in to be processed and paid.

And then she’s able to check in with the intended parents, it’s really again based on the relationship that was formed during the surrogacy.

What are the steps to take to apply to become a surrogate?

So the first step would be to go to our website and fill out the preliminary questionnaire, which then tells you if you meet the basic requirements to move forward with the application. And then it’ll just continue you through to the full application, which gets submitted and then our intake manager, Krista, would contact you to finish up the process.